Whoops! Callie got blindsided! Piper is asking the hard-hitting questions.

Continued thanks for the Patreon cameos: Cur, from Chaon! Callie, from Zaukodar! Jentzen, from CrookedGlasses! Jonas, from Jonas! Kira, from Ashley Nichols!

The CHAPTER 3 KICKSTARTER is on its way, ready to launch on a SECRET DAY in August!!! Packed full of fun goodies and a gorgeous printed book copy of Chapter 3, you won't want to miss it!

There are a limited amount of SKETCHED BOOKPLATE BOOKS available which will contain a personalized, hand-drawn sketch! Dying to get one? They're going to go fast!

The campaign will be launched first for $3+ Patrons, so they get FIRST SHOT at those sketch slots! Support at $3+ and get your headstart!

After that, it'll go live to the public and I'll drop a post HERE! I'm super excited, you guys. It's going to be so GREAT!

To help this Kickstarter be the VERY BEST it can be! Share the comic with your friends and spread the word! Get everyone SUPER PUMPED! 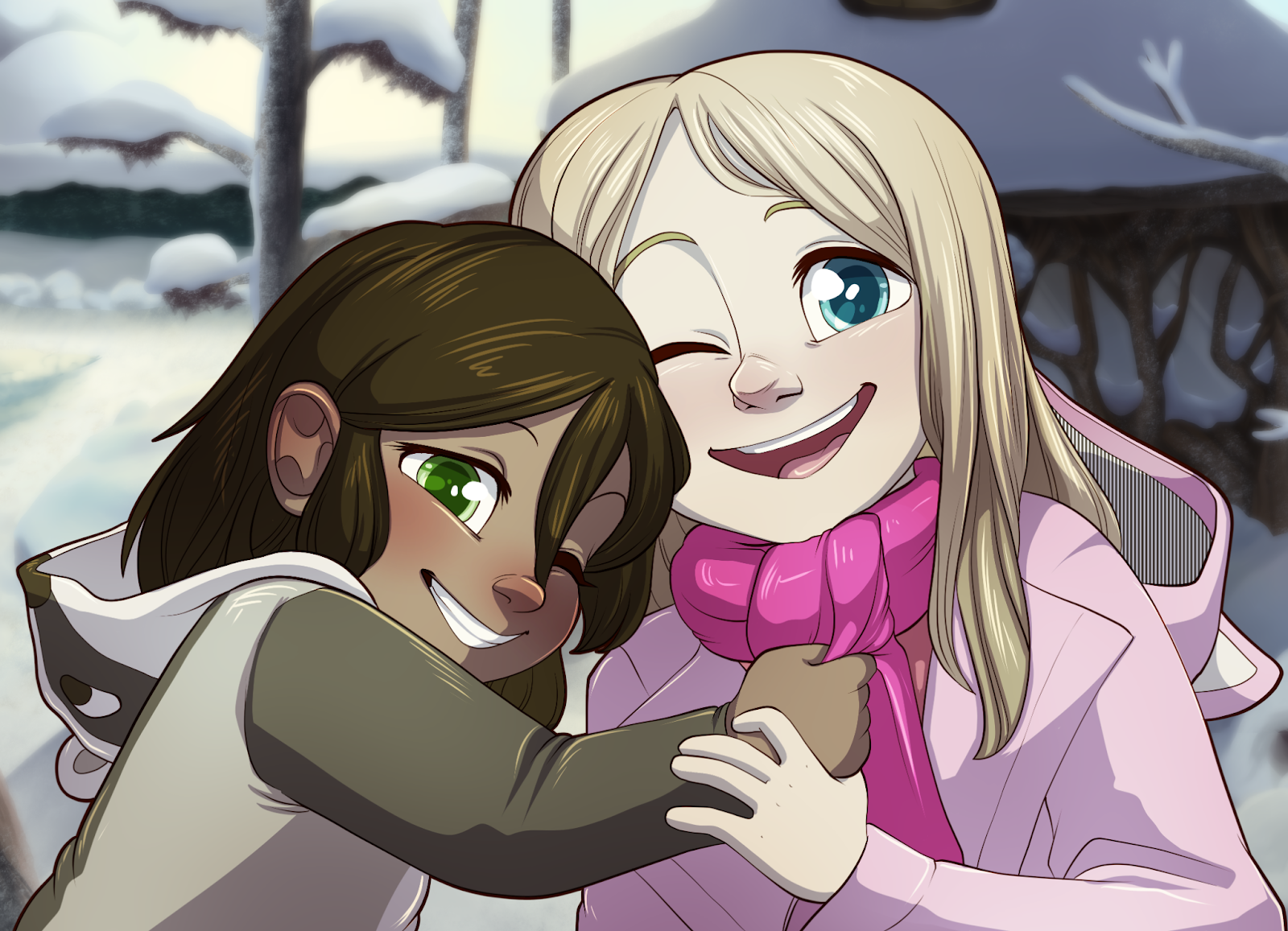 One Good Year for Anastasia

My friend's 6 year old daughter, whom I based Tamberlane on, has a fatal brain tumor and a prognosis of 1 year to live. I'm asking folks who love Tamberlane, if they're able, to throw a couple of dollars at their GoFundMe to give Anastasia a wonderful last year. Find out more here.

CALLIE: Next week we'll be going on a field trip to Bally Bluffs.
MARIE: That's an historical monument, isn't it?
CALLIE: It is! We'll camp there overnight, gather things for our projects, and tell stories about our heritage!
SFX: Oh, Bally Bluffs!
SFX: Yaaaawwn

CALLIE: Mister Jentzen and I will bring plenty of sn... Yes Piper? What is it?

MARIE: Oh yes! Good question Piper! My mums always change the subject when I ask!
PIPER: I know, right?
ANTHONY: Yes, how are we supposed to avoid Abroad if we don't even know what it is?

CUR: It's obvious, innit? 's where Tamberlane's from!
TAMBERLANE: HEY!