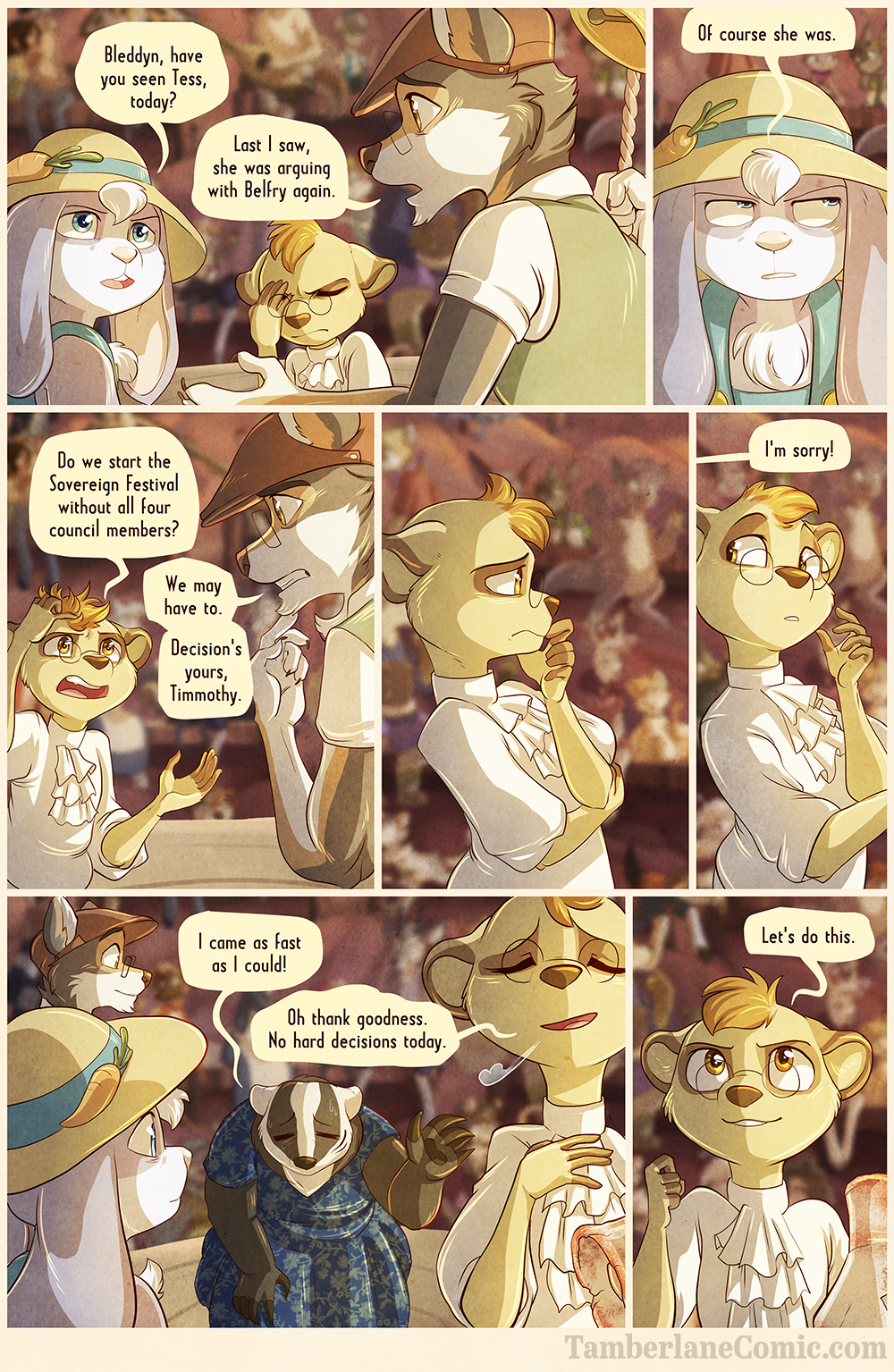 Tess? The irresponsible one? Whodathunk.

Thank you to today's Patreon cameos: Timmothy, the meerkat, from TimmoWarner! Bleddyn, the wolf, from Dorian Inman! Honey, the bunny, from Ashley Nichols!

You can get your own Patreon cameo through, well, Patreon! All $50+ patrons get to show up in the comic and say a few words :D

HONEY: Bleddyn, Have you seen Tess, today?
BLEDDYN: Last I saw, she was arguing with Belfry.

HONEY: Of course she was.

TIMMOTHY: Do we start the Sovereign Festival without all four council members?
BLEDDYN: We may have to. Decision's yours Timmothy.

TESS: I came as fast as I could!
TIMMOTHY: Oh thank goodness, no hard decisions today.

TIMMOTHY: Let's do this.