Help Jonas Out of a Tight Spot! May 28th 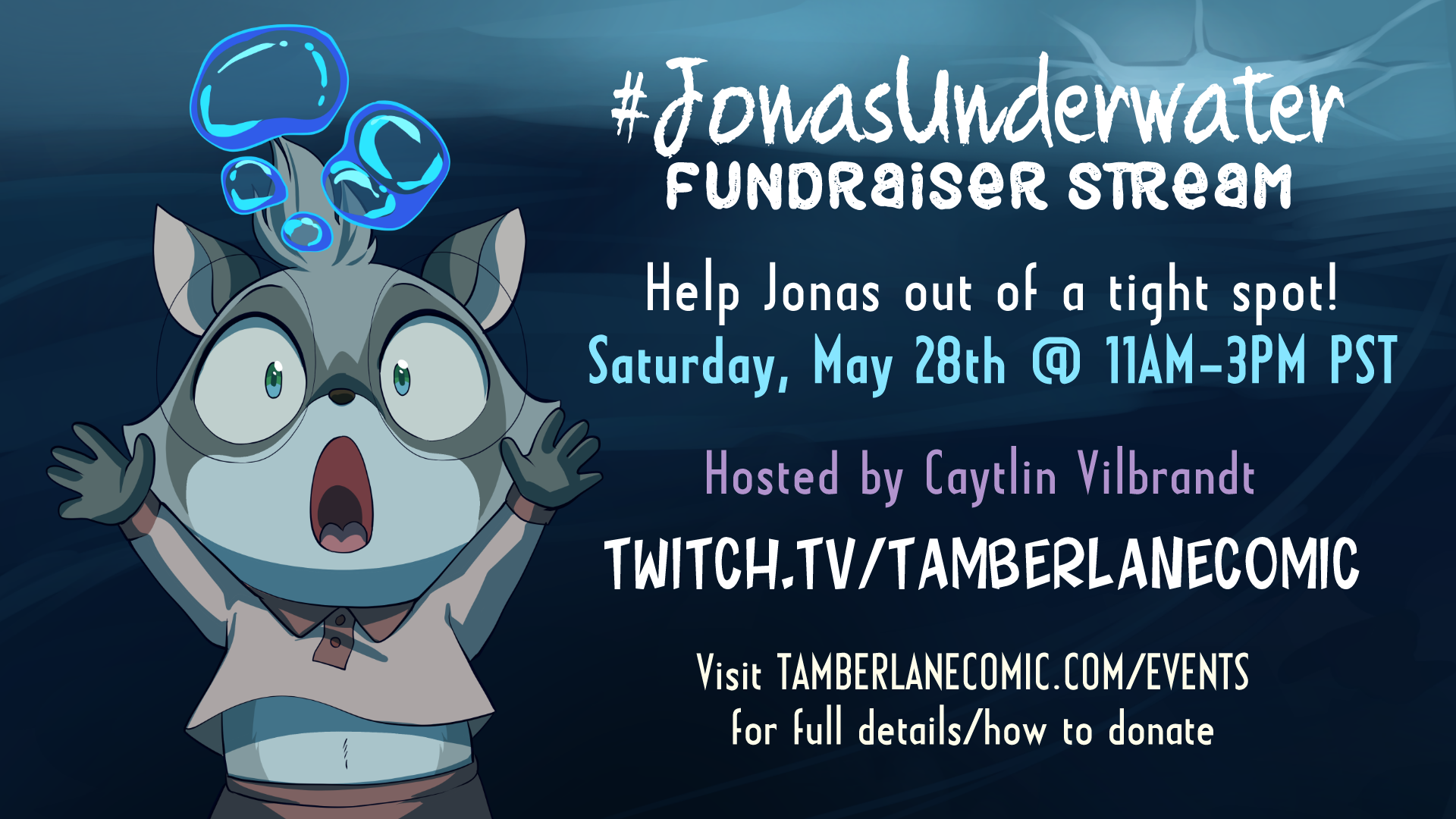 I will be hosting a new fundraising stream, this time for my good friend Jonas. You know, the little raccoon gremlin in the bully trio who is drowning in the comic at this very second? Yeah, that Jonas -- or at least, the patron behind his cameo! Alternatively, you may recognize Jonas from our previous charity streams as one of our recurring artists who generously has donated his time and talent again and again.

Like his character, Jonas has been underwater for some time and struggling to cobble together a safety net. So we're banding together to put our collective talents to help him pay back a small emergency loan and then amass some security so he can make more strides in his debts and keep afloat.

So come join us on the 28th and help us save Jonas from drowning!!

Buy a Commission Read the TOS Go to Stream 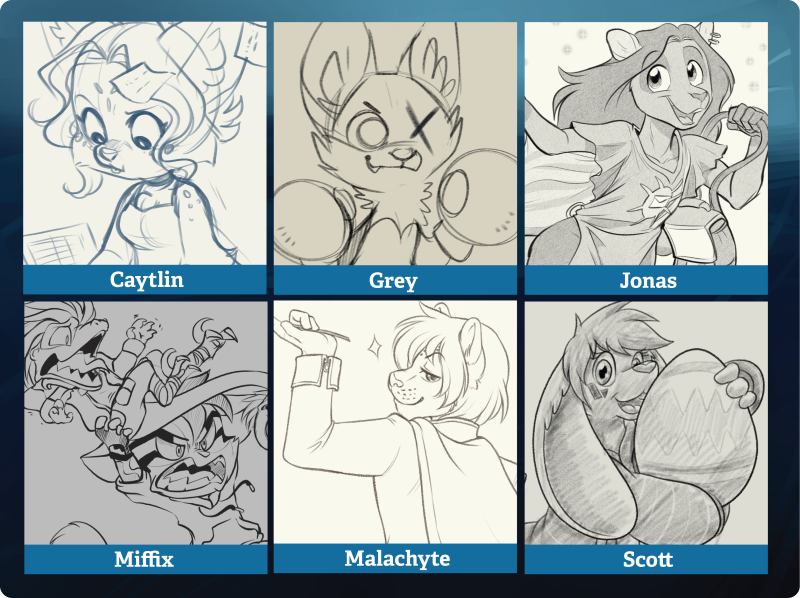 This is a single-day streaming event, beginning Saturday, May 28th at 11 AM PST. When the streams are going, you’ll be able to see all six screens at once at the Tamberlane Twitch channel.

Unlike previous streams, commissions will be purchased via Ko-Fi Commissions. We're trying something new!

We'll be offering the following:

Commission for a Specific Artist

A very limited number of slots for selecting a specific artist will be available at the beginning of the stream.

Commission for a Randomly Assigned Artist

Earn A Chance to Win A Color Commission

All commissions count towards your total donation amount, as well as Ko-Fi donations and Twitch cheers and subs. The top two contributors will get one of their art commissions colored after the stream!

In addition, if we hit the $2500 goal, the highest contributor will get a custom character & environment painting commission from JoofAloof!

Please be sure to include/use your Twitch username when donating so we can count towards your total!

Not sure what to commission? We have a list of favorite subjects each artist likes to draw!

Resident fluff bat with a penchant for helping others achieve the chaos their lil gremlin hearts desire.

Webmaster, Dungeonmaster, Punmaster, and Caytlin's biggest fan (he liked it so much, he put a ring on it)

An internet bat who feeds on weird, esoteric pop culture factoids (especially when they're related to Dracula).

A queer disabled artist from Seattle who likes to draw animals.

A delightful little gremlin who picked up a pencil one day and Cannot Be Stopped.

Coffee-powered artist in the PNW, keeping the spirit of Saturday Morning alive.

(Note: Please don't call me Mala, it happens a lot.)A red panda who’s here for the frills and the thrills.

A little bean on the Internet who never stopped loving cartoons